Tulsa Lawn Care | Are You In Need Of A Better Lawn? 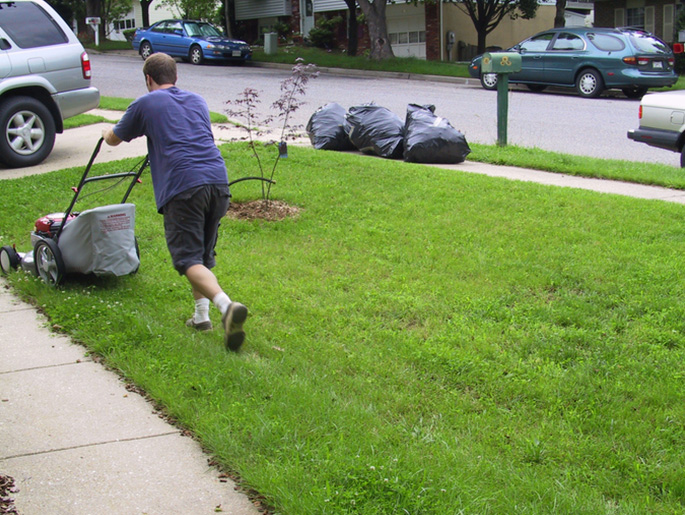 Good morning. Tulsa lawn care community. How are you doing? It’s Kevin here again with kicking grass and taking the name as lawn care and I’m wanting to talk to you about my second job. Um, it was a great job. The job with lots of leaves, a journey that will forever be burned in my head. Um, let’s see here.

It started with an M got to find it. I want to bring back some memories of my lovely lawn work. Um, leaves are so much fun, so traumatizing, but at the same time, not too bad in the money aspect of it. Um, so my second, third, however you want to look at it, the yard was just the front yard. Uh, I went door to door knocking and uh, did a little, uh,

meet and greet with some customers. Um, I had really good luck in one neighborhood and one guy just wanted his front yard done. And uh, so, you know, I told him, sure, no problem. I do that and I show up to do the front yard. Um, and it is after we had started and been contemplating what we got ourselves into because of the yards. We’re taking so much, so much time. Uh, luckily we were able to get the front yard done in, in literally an hour because of the top Tulsa Lawn Care we provide.

And, uh, so then, uh, we decided or he decided that he wanted us to do the backyard and I told him how much it’d be. And, and at that point, he was like, Nah, but halfway through the middle of the front yard, he said, you know what, go ahead. Knock out the backyard. And so I told him you had to come back charge a little bit extra since we had, would have to come back out.

And he agreed. Um, so then we did, we came back out and uh, yeah, found out some real agony there just to do the backyard was probably a solid three hours work easy. Um, I mean there was, there was this a ton, a ton of, uh, Elisa in his backyard, uh, not to mention whims. And I mean, just, just the of Leafs, they all conspired and got to his backyard somehow. Um, it took us a very long time, like three hours, I think just to do the backyard. So yeah, not very, uh, very happy. Uh, mew we weren’t anyways cause it took us so long. So we were out there for almost four hours for that property, um, and made very little money with that Tulsa Lawn Care. Um, so tell us a lawn care community.

Um, you know, leaves are so finicky cause they look like there’s not that many there. And then before you know it, you are four feet deep into the, into the, into the leaves. Um, so having said all that, my uh, my second long wasn’t, or the second job wasn’t that bad. I call it my second job because of the [inaudible] the first two we try to knock out together and then I had to push the rest of them off on the different times and days and stuff like that.

Because the first two were just horrendous. Um, and then I got another job in another part of town. Mmm. A lot of leaves. Uh, it wasn’t too bad though, you know, once we started the tarping method with your Tulsa Lawn Care, uh, getting the leaves out and, and uh, but that’s this lawn is when I discovered that things look, they’re very misleading. Uh, so the lawn looked like he didn’t have too many leaves, but man, once we start digging in and raking and pull them out, I mean, it just, they kept coming and coming and coming.

Um, pretty good size yard. Um, a lot of, uh, bedding, flower beds and stuff like that with, with stuff in it. Big trees. Um, it took us a good three, four hours, uh, started by myself. Uh, there was a, at first, there was a huge, huge boat in the way, and we had to maneuver that out of the way. Um, in the end, uh, you know, I thought we did a pretty fair job with our Tulsa Lawn Care.

Pretty good job. He got, I mean, they had a lot of leaves. Uh, the gentleman though comes out and says, let’s Sharara lot of leaves. And I just kinda looked at him as like, well, not as much as there once was. And I go, here are some pictures. I mean we took out a lot of leaves now. Now he’s got areas where his grass can grow. So, um, if he’s wanting every tiny little leaf picked up, he’s not gonna be a very happy camper because I don’t know what the deal is with his location. But man, even as we were standing there, more leaves get coming here cause it’s not all his neighbors had picked up

all their leaves yet. So that’s another thing. Tulsa lawn care community. When you guys have a leaf pickup, you need to have some little expectation. You need to, you need to visualize it and actually see your lawn in the beginning and then see it when it’s done. And, and look at those pictures and realize, Holy crud, they did do a lot. You know, you will not get up every leaf. You will not get up. Yeah. Get out every single leaf from, from the bedding, from the flower beds, from, from the landscaping, from all that stuff. And if you’re wanting that, then guess what? You’re the homeowner. You can get your happy Tel out there and you can do it yourself and spend all day out there, but you have hired a crew to come out to make something happen in a, in a short amount of time so you don’t have to deal with them and you don’t have to do it yourself.