Tulsa Lawn Care | Do You Hate Mowing The Yard? 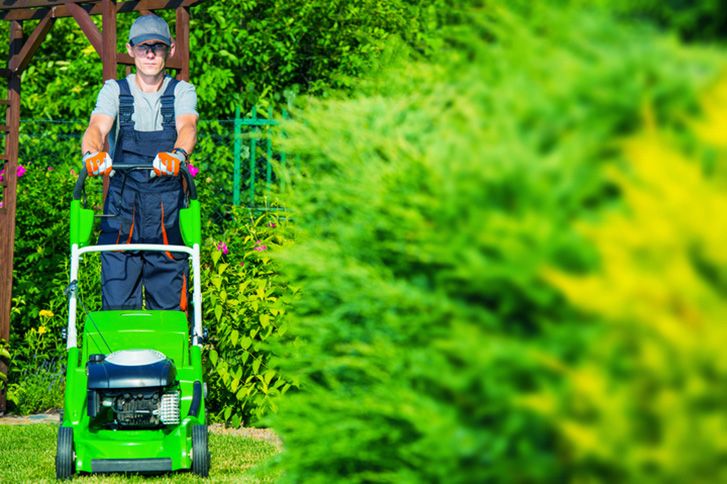 Good evening. Tulsa lawn care community. How are you doing? This is Kevin with kicking grass and taking names, long care coming to you with taking care of your equipment? Well, I said in a previous episode that I am about as good at taking care of my equipment as, I don’t know, a rich housewife out of South Tulsa is taking care of her lawn equipment. I won’t be a very mechanical individual and I’m okay with that.

I, uh, I have learned to, to operate my, uh, mowing equipment, uh, learn how to fix and do some stuff with it. Nothing too extensive. Obviously. I still take it in for things. I can change the blades. I can, um, change the, uh, gas filters, uh, spark plugs, change out tires, you know, fill them back up, put plugs in. Um, just basic stuff. Uh, I can also take them by equipment apart.

Pretty good, putting it back together on their hand, not so much. Um, I have used YouTube a lot for research. Uh, came out with a lot of good knowledge there. Uh, YouTube is, uh, is great knowledge. A lot of, a lot of good stuff there. It helps you out when you’re in a pinch. Uh, I’ll be honest though, you know, don’t know if I can trust most of the stuff I see on YouTube. But Tulsa lawn care community.

Let me tell you something. We do have some good, uh, some good mechanics in the area. Uh, I go to Smith farming garden. Uh, those guys take care of me pretty good. As I said, they’ve been pretty honest for the most part. Uh, helped me out. Not too bad. They’re, uh, not their fault. Uh, I got, uh, a Scag a couple of years back, had ignition issues right up right off the bat.

And, uh, so that’s kind of put a bad taste in my mouth was Skaggs. Uh, otherwise, you know, it’s, it’s been a really good mower. Uh, I’ve had it for two seasons now, uh, other than the, uh, ignition issue, which wasn’t an ignition issue if I come and find out about it. It was the fact that the, uh, ignition got too dirty and the key would not fit in it anymore. So I had to find or implement a longer key system that was with your Tulsa Lawn Care, uh, probably the most frustrating thing about it with your Lawn Care.

I changed out the ignition, the PTO switch, the, uh, something else cylinder while hanging out, said cylinoid I, uh, ended up breaking a wire, so I ended up having to get that all fixed. Um, so it was a little, little frustrating there. I’ll find out after changing all that, that it was just a key, was just too small. So, I mean, you guys know what I mean. If you got mowers, Tulsa lawn care community, don’t worry, commercial equipment

is not ready for me. What I mean by that is, uh, if you positively need your equipment tested, uh, I’m the man to go to ask anyone who knows me. Um, so I worked for a convenience store that has a, uh, a, um, a facility team and let’s just say I’m well known with this facility team and how well I take care of the equipment. Um, things tend to, uh, have their last leg around me. So having said that bought my first commercial mower, it was a hustler 42 inch. And, uh, never once changed out the oil on it until two years ago for a time. It changed it out.

Uh, and I went to the place that I don’t like, they changed the oil for me. Low and behold, what do you happen? I guess the oil didn’t get put back in there or I dunno what happened, but the mower blew up. So that was fun. Needless to say, I did not go there to buy my next bar. I did go and get the Scag, um, Liberty 36 inch. Of course. Now looking back, I wish I would’ve got a little bit bigger stand on then be sure to call us now for your Tulsa Lawn Care. Uh, so definitely gonna pick yet a bigger stand on. Uh, next, uh, I got this little guy, 36 inch does a great job. Uh, gonna keep it in the fleet, but uh, as a primary I want a little bit bigger. 40 something stand on. I think it will make life a little easier for me. Uh, not sure if I want a Scag or Wright.

Uh, I’ve watched tons and tons of the videos, uh, seeing all these guys, there’s a couple of guys in OKC who are running out of running on some rights swears by him. Um, yeah. Watching all these, these things. I see everyone running all sorts of different things. There hasn’t been any consistency in what anybody is running. Uh, yeah, I guess you just run whatever you like. They’re all the same. Um, let’s see. There’s been probably right is the most common mower of all the guys I’ve seen. Uh, there’s a guy in Michigan runs an Exxon or something, I forget what it’s called. We have them down here too. But anyway, uh, right mowers are probably the most common one. And I say common one. I’ve seen maybe Oh three, four guys using it out of, I don’t know, 20 guys I’ve seen on, on, uh, YouTube and all their crazy channels.

Tulsa lawn care community. How big of a deal is it for your guy to have commercial equipment? Is it, uh, something that you desperately want? Do you want your guy to know how to fix it? You’re looking for a guy, Jack of all trades. Is any of that important to you? Do you guys even care if you guys can fix this stuff? You just want your stuff done and mowed and, and taken care of anyway.