Tulsa Lawn Care | Searching To Get The Best Lawn Care? 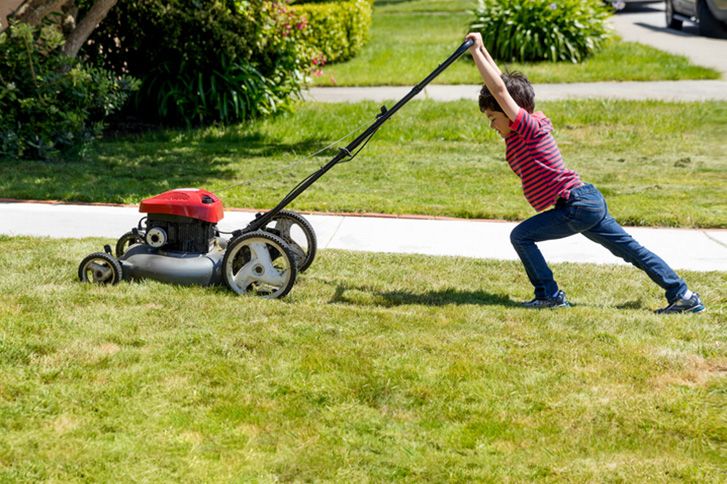 Tulsa lawn care community. How are you doing? I just want to see what’s going on out there. So I’ve decided to venture into the world of leaves. I’ve mowed lawns for a few years now. I’ve taken care of the Tulsa lawn camp community for approximately, uh, 10 years, maybe more. So this will be my first season into the leaves. I have never done these before. I know, uh, going in, I’m thinking I can do this by myself. I watched a couple of YouTube videos and you know how that goes. TOSA lawn care community. You watch those videos and you are now an expert. Okay.

After, uh, seeing these videos, I devise a plan, plan to be to buy a, a two-bag system for my Scag Liberty Z 36 inch, uh, watched a guy on YouTube tailed. He said it took him about Oh, 45 minutes to do a leaf removal job, uh, including, uh, taking, uh, you know, edging up the, uh, vegetation around the house and, and landscaping, things like that, trimming it down and, and all that. Uh, so I said it took him about 45 minutes to do everything start to finish. Uh, so that’s my expectation going out. Uh, so I go ahead and head to the store to purchase the bagging system, clearly expecting to drop around $2,000, roughly. Um, I get there and I asked the gentleman, Hey, this is my plan. What do you guys think about Tulsa Lawn Care?

And, uh, they kind of both look at each other like, that’s a good plan. I mean, if that’s what you want to do. So being the expert in, obviously, this is not a good idea by their look person. Um, I decided to ask their opinion if they were going to do this, what would they suggest? Obviously, yes, I know they’re salesmen people. Uh, they are supposed to upsell me on something more expensive or more profit for them or whatever.

I get that. But these are also, I feel more blue-collar guys that are, uh, they’re gonna sell me whatever they I want no matter what. So they’re going to make a sale. But I feel like they’re also going to leave me in a better direction. Uh, having said that, I went to another place earlier and he completely

just last, I tried to do leaves. I’ve got one leaf job, ran over to a place and be like, Hey man, this is what I’m doing. I want to buy this. What do you think? Should I buy this better bowl with your Tulsa Lawn Care? Blah. And the guy’s like, Oh, you shouldn’t do it at all. And I’m like, okay, you have an opportunity right now to sell a $300 vacuum to me. Uh, whether it’s a good piece of criminal crap, crappy piece of equipment, but you have the opportunity to make 300 bucks and you’re telling me I shouldn’t do anything. So instead of upselling me or do anything like that, this guy just did not.

He just totally, yeah. Yeah. He sucks. So, uh, Tulsa lawn care community, that is a place I don’t recommend. Just because he wasn’t wanting to leave me in a direction. I’m not going to drop any names because uh, you know, maybe it was a personal thing. I don’t know. Whatever. Uh, not my worry. He might treat you better or they might treat you better. So anyway, I go back to this place and I ask him what would they suggest? And they suggest a debris loader. And on this debris loader, is only about a thousand more, 700 more or something like that than what I was originally gonna spend.

Um, yes, granted, uh, uh, it would cost a little bit more and then I’d have to get a box and do other things. But, in the end, they said I would be happier with the product than the other one. It would just cause it would cause less work and etc. So long story short, of course, I’ve got the debris loader, smallest one they had, um, being an uh, LLC, I was able to get a discount at it.

So I probably to spend $1,000 more on just the equipment. Uh, of course, I had to probably drop maybe another 500, give or take a hundred, uh, to build my box trailer, um, on my current trailer. So let me tell you something in Tulsa lawn care committee, that was, an experience in itself. Uh, and luckily everything kind of fell into place, to be honest with you. Um, you know, it, we got it. We had no clue how we were going to put it on there. I had no, I was going to put on there.

Um, I had no clue I was going to build a box. I, I don’t have any clue what I’m doing, to be honest with you. Uh, but sure enough I grab it and I put the debris loader on the front end of the trailer and then we figured out, well that’s not gonna work cause it’s going to be run through the wires. And, and then, uh, we, uh, decided to, uh, lower it to the inside of the front of the trailer. So still in the front of the trailer, but like the next notch down. And sure enough, man that it, it just sat in there with your Tulsa Lawn Care. Perfect.

With loads up real well. Uh, my, my brother-in-law’s brother was able to come over and help me, uh, cut off some pieces. And, and secure it to the frame. And, uh, I mean, as I said, everything is lined up well. Everything just, it worked out really well. So it felt like we were on the right path. Um, I have, uh, definitely been a lot happier using it. Uh, I’ve also come to learn that you can not do leaves by yourselves.